According to Coach Turpin, “This team came a long way and really grew throughout. We had college coaches at all our NCAA games and I’d like to say we put on a great show. We showcased some great offense and defense and overall great teamwork. The energy we had whether we were up or down was great. These ladies always had each other’s back and wanted team success. They were a pleasure to coach.”

Because of this unselfish attitude and team play they achieved great success including a 2nd place finish in the prestigious Nike Nationals in Chicago and 1st place in the International Games in San Diego. They pulled off an amazing upset in their final tournament, knocking off the #1 seed in the Triple Crown Championships in San Diego. They went on to play another two amazing games to take home the championship in the 17u Elite Division.

When senior point guard and Ranch Bernardo standout, Lauren Reynolds was asked what made this team so special she responded, “This season everyone on the team had the same passion for the game. We all are great competitors and we all show up to every single game and practice ready to make each other better. Our strong suit was how our team played smart and together. We wanted to win as a team. “

Off the court the team created many memories while swimming through a waterfall in Oregon, paddle boarding in Las Vegas, visiting the Bean in Chicago and experiencing the confusing and often overcrowded Chicago subway system.

Now that the season is over every player is regrouping and getting some much needed rest. All players on this team have been in communication with college coaches and are preparing for their next step in their careers. Several scholarships were offered to players on this Elite team this season. We are excited for their futures and proud to have them be part of the Sol family. 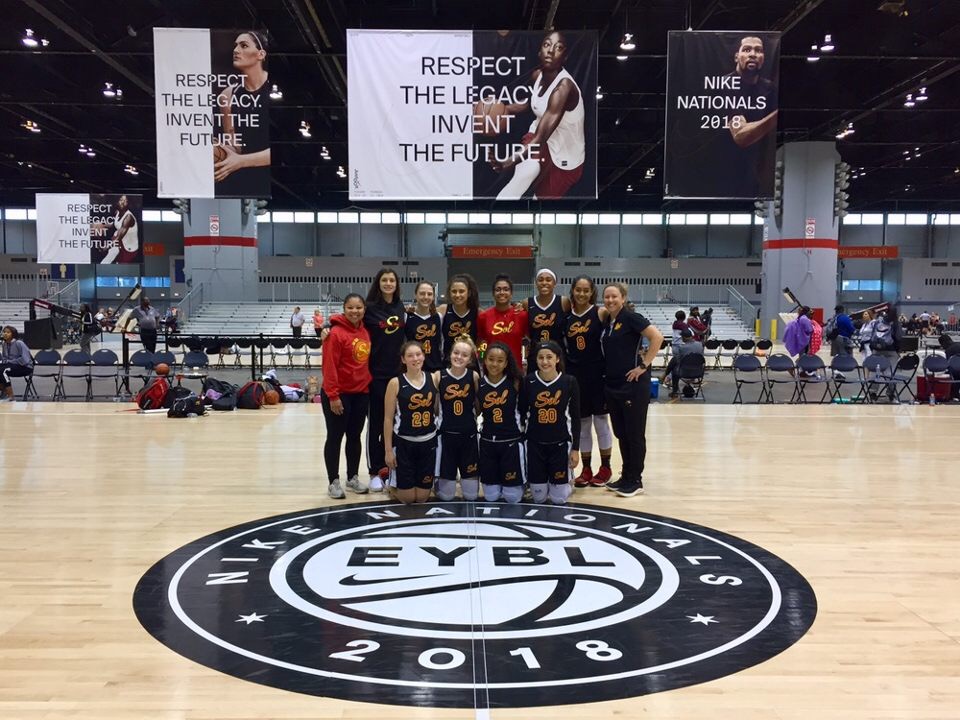 ‘Smooth move’ is paying off for Campisano

I’m an Engineer and an Olympian